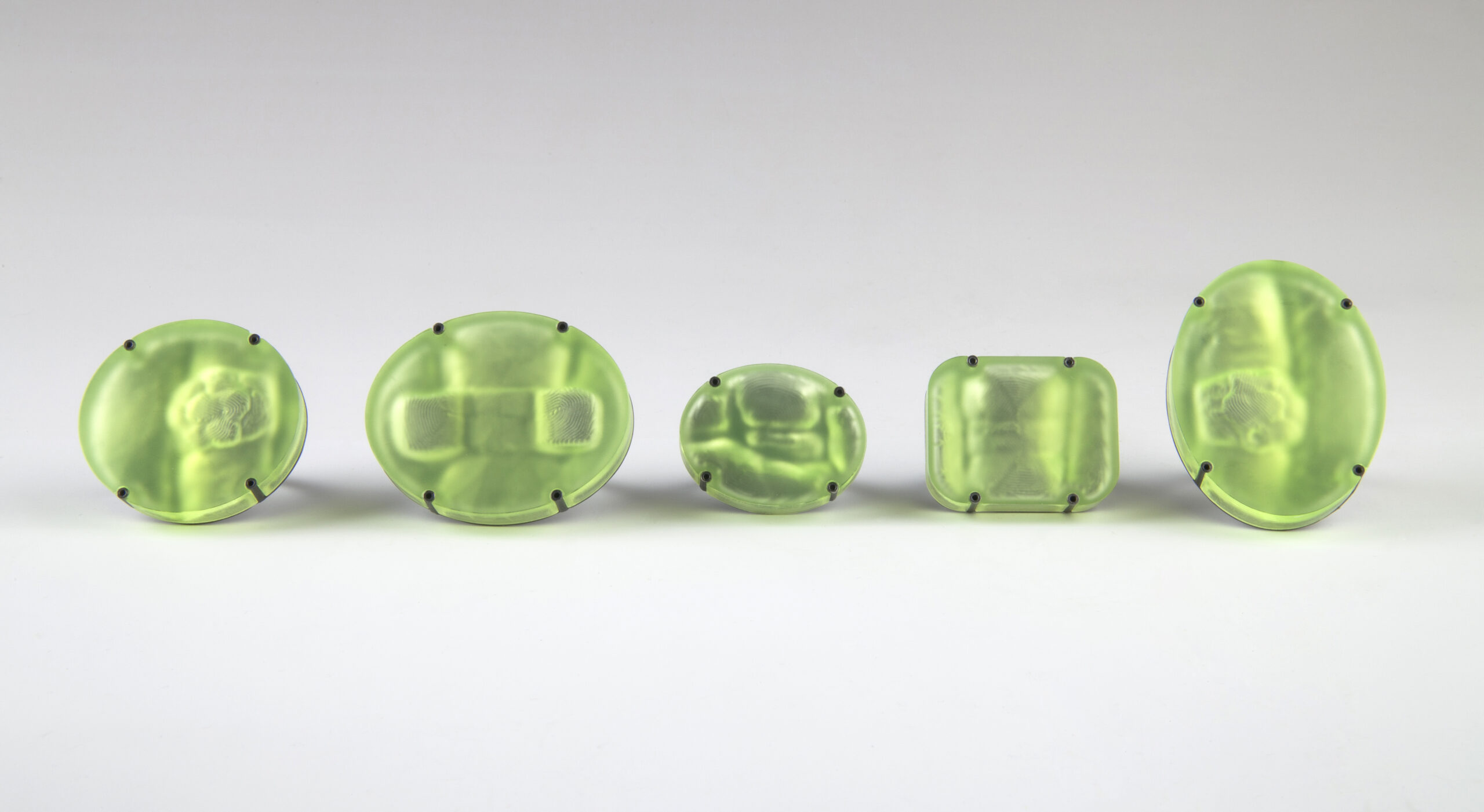 Mark Rothko Centre is located in the second largest Latvian city, Daugavpils. On Wednesday 2 March, the Centre hosted the opening of an exhibition of Slovak jewelry makers Jana Machatová and Peter Machata. The event was attended by the Slovak Ambassador to Latvia Ladislav Babčan along with the Centre´s Director Māris Čačka and the Deputy Mayor Aleksejs Vasiljevs.

Both artists – Jana Machatová and Peter Machata are deeply influenced by what is going on in the world. For decades their work has reflected their reactions to societal phenomena including the history of Slovakia. This show which consists of several of their collections, is entitled the „Echo of the Mind“.

Jana Machatová´s collection „Where Are You From“ portrays her way of dealing with the youth in socialism, by pointing out to its hypocrisy and pretense. In her works, she uses historical artifacts such as barbed wire or photographs and smartly puts them in contrast with seemingly decorative elements. In her newest collection „Portrait of a Woman“, she questions the status of women in society both in the past and currently. She asks herself questions related to the expectations of society on women and the ability of women to stand for themselves.

For this show, Peter Machata opted for two collections „Stigmas“ and „Portrait of a Lady“. Stigma is often used in religious contexts; Peter, however, uses only its visual form and transforms stigmas that influenced him into his works as universal symbols. In „Portrait of a Lady”, the artist shifts his attention from women´s face to her hand which for him is the most expressive human feature.  He digitally recreates the hand to complement it with his emotional intervention.

The exhibition in Daugavpils will be on display until 10 April. Later that month, the artists will present their works in the Lithuanian capital Vilnius. The show in Vilnius will include their creations from the past decade.